It was World Cup CX day in Koksijde, Belgium. The Belgians love their cyclocross so much that they even believe Santa delivers toys by cyclocross bike, of course! The Santa "monument" is actually a big ad for the coming of the World Championships in just over 2 months to the same spot, a tiny town by the coast line. 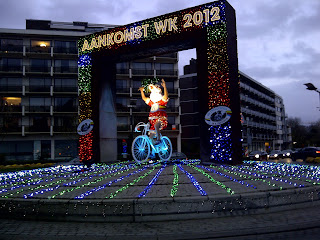 Being by the coast means sand and this course has almost nothing but sand, sand and more sand. If you think our tiny 5 meter sand "pits" in our Canadian races are much then you really haven't seen anything until you see this. Perhaps some of you watched the race today and you get an idea but seeing it live is another story. Basically, the race takes place on a series of sand dunes on a military base. The start/finish is by an air strip runway and the course weaves through some military baracks/trailers and homes. The fans were out in full force but it actually seemed less crowded this week because the setting was more spacious. 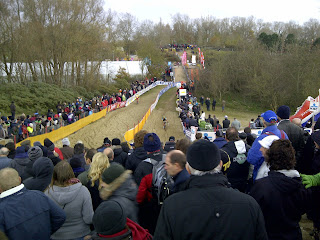 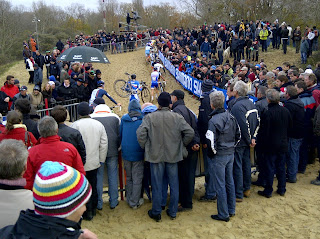 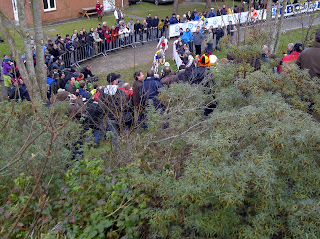 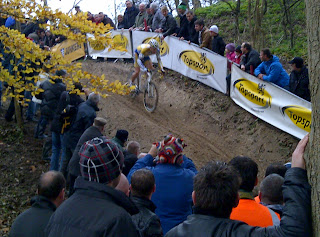 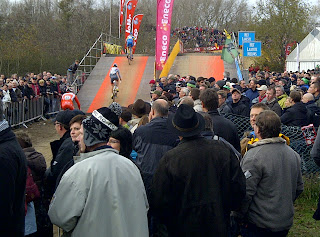 It's actually much easier to take better pictures of the U23 race since there are far fewer spectators around so the next shots are from that race. 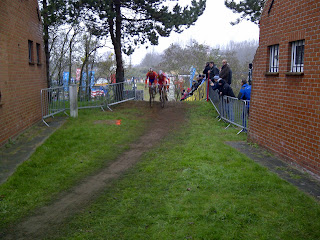 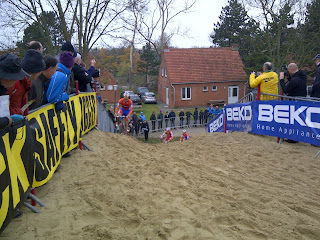 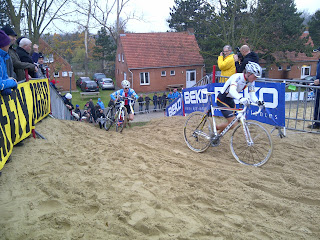 I've been to two Pro races now and both times I've seen this fan who is a Kevin Pauwels fanatic. He goes around with this crazy umbrella with a women's head on it and all sorts of pictures of Pauwels on the umbrella. 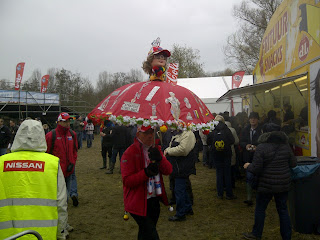 Staying at the Chain Stay has it's perks. Normally it would cost 17 Euro to get in to an event like this. Gregg operates the small Renner team with Gabby Day from the UK and Craig Richey from Canada. We get to come in with the team van and set up with all the others nearby as opposed to a long walk and get free passes into the pits or starting area. As for the women's race, Gabby was not very confident warming up (shown below) but she had an excellent race finishing 10th in the strong field of 45 competitors. 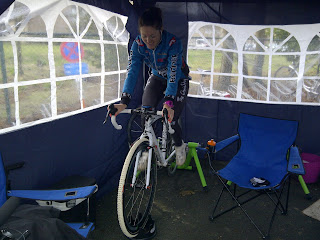 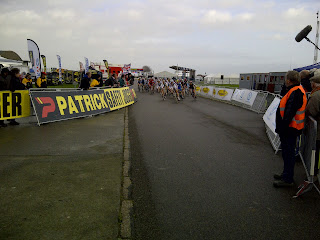 Start of women's race by the air field about to make the first corner. 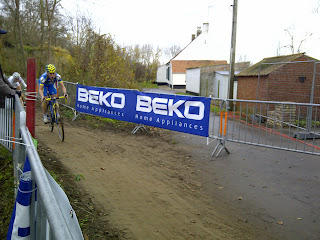 Now it's time that I get ready for my race tomorrow!
Posted by Dr. Funk's Belgian Cyclocross Experience at 12:16